RACHEL Brown was out doing what she loves best when it happened.

Her epiphany, she calls it. The moment she recognised, in a blaze of exhilaration and tears, that this was something she could no longer keep to herself.

By accident, Rachel had found the remedy to a cocktail of depression, low self-esteem, a deeply unhappy marriage and suicidal thoughts that had taken her to the bottommost point of her life.

Where hospitals, counsellors, psychologists and pills had failed, finally the answer came in the simple act of putting one foot in front of the other.

From barely able to jog to the bottom of the street without stopping for breath, the fortysomething mother of three ran marathons – to date, 11 and counting. More significantly, the running that begun as a means to lose weight, had brought the smile back to her face, along with her confidence and a level of contentment she had believed unattainable.

And then, during a routine run through the fields and lanes of the Wirral peninsular, came that moment of recognition, the realisation that what had worked for her could do the same for others.

Two weeks later, a group of around 20 women, most of whom had not run since their schooldays, introduced themselves to each other and Mums to Marathons was born. Today, the M2M running club’s community is nearly 1,000-strong, with followers from Chester to Australia. All credit Rachel with changing their lives, some with saving their lives.

Doctors refer patients to her, a crisis team has turned to her, and mental health chiefs have picked her brains, keen to learn how she has managed to make a positive difference to so many lives.

Physical fitness was not an issue for Rachel when she was a dancer at a Wirral nightclub, and on cruise ships across the Far East; nor, when things were going well, was her state of mind.

But by the time her third child came along, the toll of pre and post-natal depression, psychotic episodes and a troubled relationship, together with being four stone heavier than her dancing days, had taken her to “rock bottom”. What Rachel didn’t know then was that her mental health was also being affected by severe ADHD (attention deficit hyperactivity disorder), which would not be diagnosed until much later.

She admits were it not for her mother and the children she adores, she may have “thought long and hard about getting rid of myself”. But while she couldn’t seem to control her psyche, her size was something she was determined to influence.

“A friend had said to me if you want to lose weight, just pound the streets, so I did.”

And so it began, her first run the mile or so to her Zumba class. “I must have stopped six or seven times. By the time I got there I was so puffed out I thought they wouldn’t let me in.

“Even though it was hard, the feeling of what I’d just achieved was amazing. Then, I’d leave a bit earlier and run the longer way. Before long I would go out and I would just run and the next minute I’ve done 17 miles.”

She recalls running past a railway station “and this guy getting off the train and saying ‘excuse me, I saw you two hours ago in Wallasey (nearly 10 miles away). Are you still running?’ And I said, ‘yes, I just keep going’.” It wasn’t only Rachel’s running that got noticed. “People could see me from being down and low to suddenly wearing a big beam.”

When the opportunity arose to run the London Marathon for the local Claire House children’s hospice, she asked her mother if she would look after her children while she took part.

“My mum said, Rachel, if it carries on bringing that twinkle back in your eyes, you go for it’.”

Six months on from that first London Marathon, life was good, Rachel was happy, a state of mind she “never, ever” thought she would experience again.

She recalls: “I was out running. I’d run London and I’d had the wonderful community around me spurring me on and giving me lots of encouragement.

“The sun was shining, there were trees and cows and it was beautiful and I had my music in, and Elbow was playing One Day Like This, and I was just alone running.”

While she ran, she began to talk to her long-deceased father. “I was thinking, ‘I can’t believe it, I’ve ran a bloody marathon. Can you believe that, dad?’ And the next minute I stopped and    I can only describe it as runners rush, this wave, this shiver, and I burst out crying and felt utter, utter joy for the first time in years.

“It was my epiphany. I thought, this has happened to me by accident, I didn’t set out for this to happen but it has and it is awesome. And I remember thinking there must be loads of women sat at home, and men, who are feeling hopeless and I can help them.

“And it wasn’t until that moment that I thought ‘I need to do it, I have to do it’, almost like ‘I’m keeping a top secret here, this isn’t mine to keep’.

“So I went home and went on to Facebook, and poured out my heart about how low I’d been and how bad I felt, and over the next 24 hours got tons of messages, a hundred, hundred and fifty, saying ‘I’ve just read your story, I’m crying’, ‘I feel like you’re talking about my feelings, do you think you could help’?”

Early one evening, a fortnight on, 20 or so women, apprehensive but desperate for change, were greeted by Rachel at the gates of a local primary school. An hour later, the inaugural, highly informal outing of Mums to Marathons was done.

“Ladies of all shapes, sizes, ages and abilities turned up,” remembers Rachel. “I could see a lot of them were nervous but I have the gift of the gab and they were soon laughing and looking more relaxed.

“One girl came over to me and said her mum was too scared to get out of her car. I went and got her out of the car and she also soon relaxed. I think it helps that I’m just an ordinary woman, I didn’t look like an athlete.

“On average, you can run around one to two miles on your first night with the right posture, speed, very slow, and breathing techniques. Most women were overwhelmed at the end. Some even shed a tear – so emotional that they could run that distance.

“Lots of the ladies were low in self-confidence. Some suffered anxiety and some admitted to depression. Many different reasons, but all felt united somehow. And still do.”

Since that first evening, M2M has become a community interest company, with an offshoot for husbands, a membership close to breaking the one thousand barrier, and, by the by, has raised more than £500,000 for charity along the way. Achievements due in no small part to its founder’s uniquely persuasive approach.

More than a running club, “we really are a family,” says Rachel, who has won mental health awards and been nominated for Merseyside Woman of the Year.

“So many people have said to me you must be really proud. But no, I don’t feel proud, I just feel dead lucky.” She feels like an imposter, she says, because “it’s easy”. The more she runs, the happier she becomes.

“People think, ‘there’s no way I could run 26 miles’. No, you couldn’t, but you could go out tomorrow and run half a mile, you could run for two minutes, or a minute.

“I ran one mile, then two, then I ran two and a half, and maybe the next time I had a crap day and only ran one, but you go up step by step by step.

“Women have said to me that if they hadn’t joined Mums to Marathons they wouldn’t be alive. I’ve had women who say it’s completely changed their life, it’s changed their family life, I’ve had husbands say to me ‘what a change in   her’.”

Now 50 and in a happy relationship, Rachel is eager to spread the word, to show how the healing power of running can help others struggling with mental health issues.

She says: “I’ve never been more passionate about anything in my life. I almost feel I haven’t got enough time left to help enough people.

“I want platforms, I’d do it for nothing, as long as I can feed my kids. If I won the lottery I’d go round the world shouting to people ‘come on!’.

“The nicest compliments I’ve ever had are ‘if Rachel tells you can do it, you believe her’. Because I’ve been there and I’ve done it.”

One morning recently, Rachel and a group from M2M set off on a six-mile run. “We ended up doing nine and a half, right along the peninsula. We stopped by a field full of lambs, the sun was warm and it was such a gorgeous day. We were all chatting away, loving each other’s company, like we were family.

“And at this moment, one of the girls said, ‘what a great day to be alive’.

“They feel like I feel, and they’re so grateful, and that’s how it makes you feel when you run.” 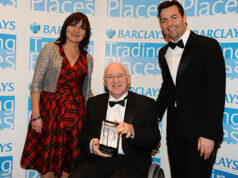 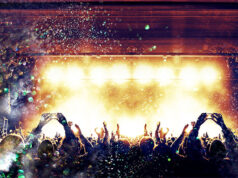 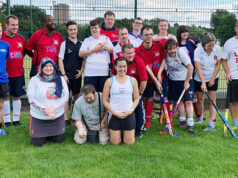 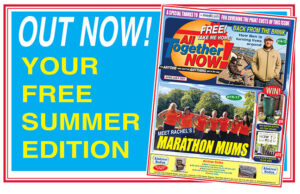