THE inspirational story behind All Together NOW! has been made into an online film by Liverpool-based video agency Zut Media.

Mark Hancock, co-owner of Zut Media, said: “We’ve made lots of quality films for companies, but this one was very special for us.

“It’s hugely inspirational and shows just what can be achieved against what might seem insurmountable odds.”

Mark, who is also a trustee of the All Together NOW! charity, added: “It’s a remarkable story that needs to be told. Now our goal is to get as many people as we can to view it – and attract more organisations and philanthropists to help make the paper bigger and better for everyone.”

The film tells the story of founder/editor Tom Dowling being shot and paralysed in Iran 1974, how the seeds were sewn for All Together NOW!, and the impact the paper is making.

“Awe-inspiring,” said photographer Mike McCartney, who is patron of DadaFest, Merseyside disability arts organisation. “I’ll get it to as many people as possible who might help, or be helped by it.”

Pete Hooton, from The Farm, the band that helped to launch the paper in 2005, said: “A superb video, and great to hear the paper is going from strength to strength.”

Lieutenant Colonel Sean McEvoy, Clerk to the Lieutenancy of Merseyside, added: “A real ‘Boys Own’ adventure to the base camp. I have served in some of those countries and know very well the dangers that exist. How the newspaper has flourished is an excellent example of what can be achieved irrespective of disability.”

Almost 100 local businesses attended the launch of the video at Host Restaurant in Hope Street, Liverpool, organised by Ubiquity PR. 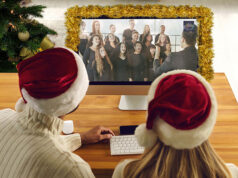 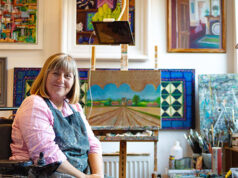 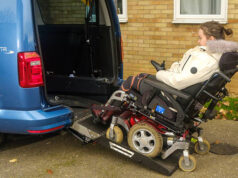 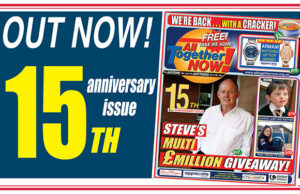